'Hi, I Want a Job in Antarctica': Meet the First Female Researchers to Blaze the Path

In the spring of 1969, 19-year-old Ohio State sophomore Terry Tickhill Terrell saw an article in the school newspaper about a graduate student who had gone to Antarctica with a research group. She immediately thought, “That is the kind of job I want.”  Get Inspired By Photos, Videos, Webinars, Stories, And Exclusive Offers. Sign Up

So, she walked into the Institute of Polar Studies at OSU and told the secretary, “Hi, I want a job in Antarctica.”

“I think the secretary took pity on me, if nothing else,” Terrell recounted. “And she said, ‘We haven't actually ever sent any women to Antarctica, but Dr. Lois Jones is going to have the first group of women traveling to Antarctica this fall.’”

That same day, Terrell was talking to Jones about what she considered important reasons why she was a good fit for the all-female Antarctica research team: She was a chemistry major, she had camped outdoors, she had taken outdoor cookery classes and she was a big, strong farm kid. The next day, after one of the Antarctica team members dropped out, Terrell got the job as part of an all-female-research team to study rock weathering in Antarctica’s Wright Valley.

Lois Jones lead the team. She had recently obtained her PhD on chemical ratios in Antarctic rocks. The other team members were biologist Kay Lindsay, Eileen McSaveney, a graduate student of geology and Terrell, a chemistry student. 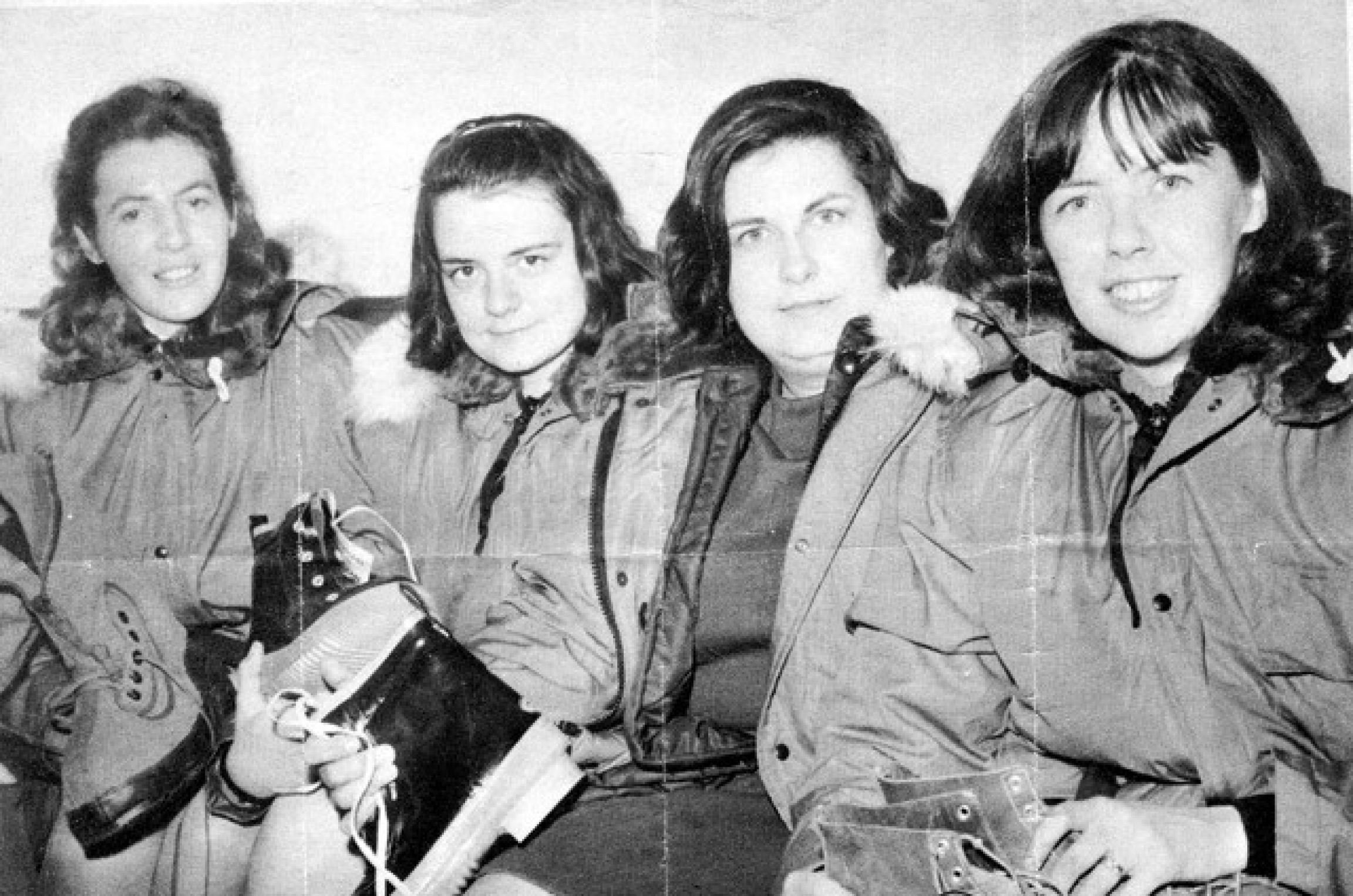 After arriving in Antarctica, the team camped on the shore of Lake Vanda in the Wright Valley, where they were to conduct research in the 1969-1970 field season. 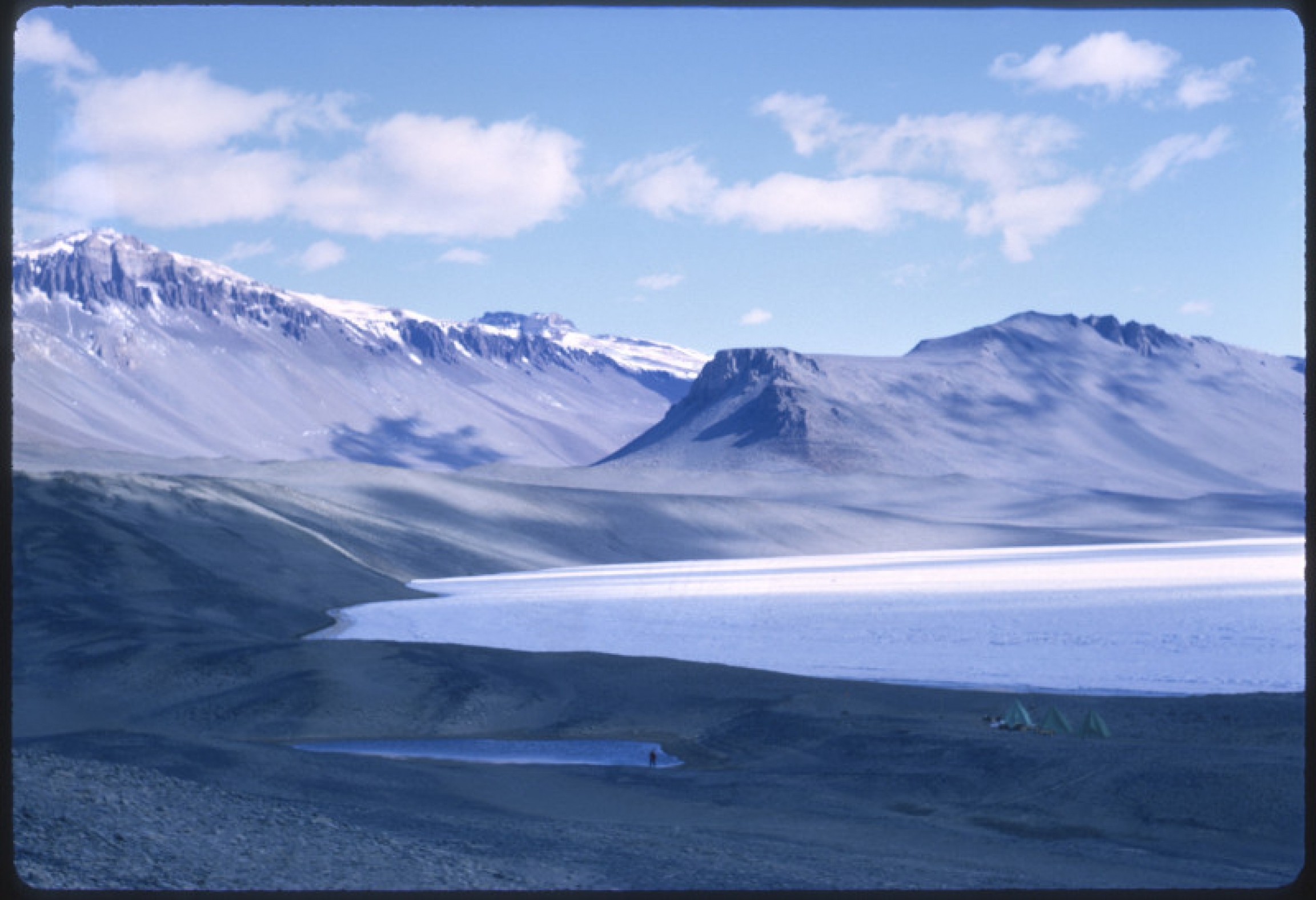 Before 1969, the US Navy did not allow female scientists onto the Antarctic continent. The Navy had established a military outpost — the McMurdo Station, America’s main base in Antarctica in 1959 — but they would not transport women to the continent. Women were not allowed in Navy ships, either. 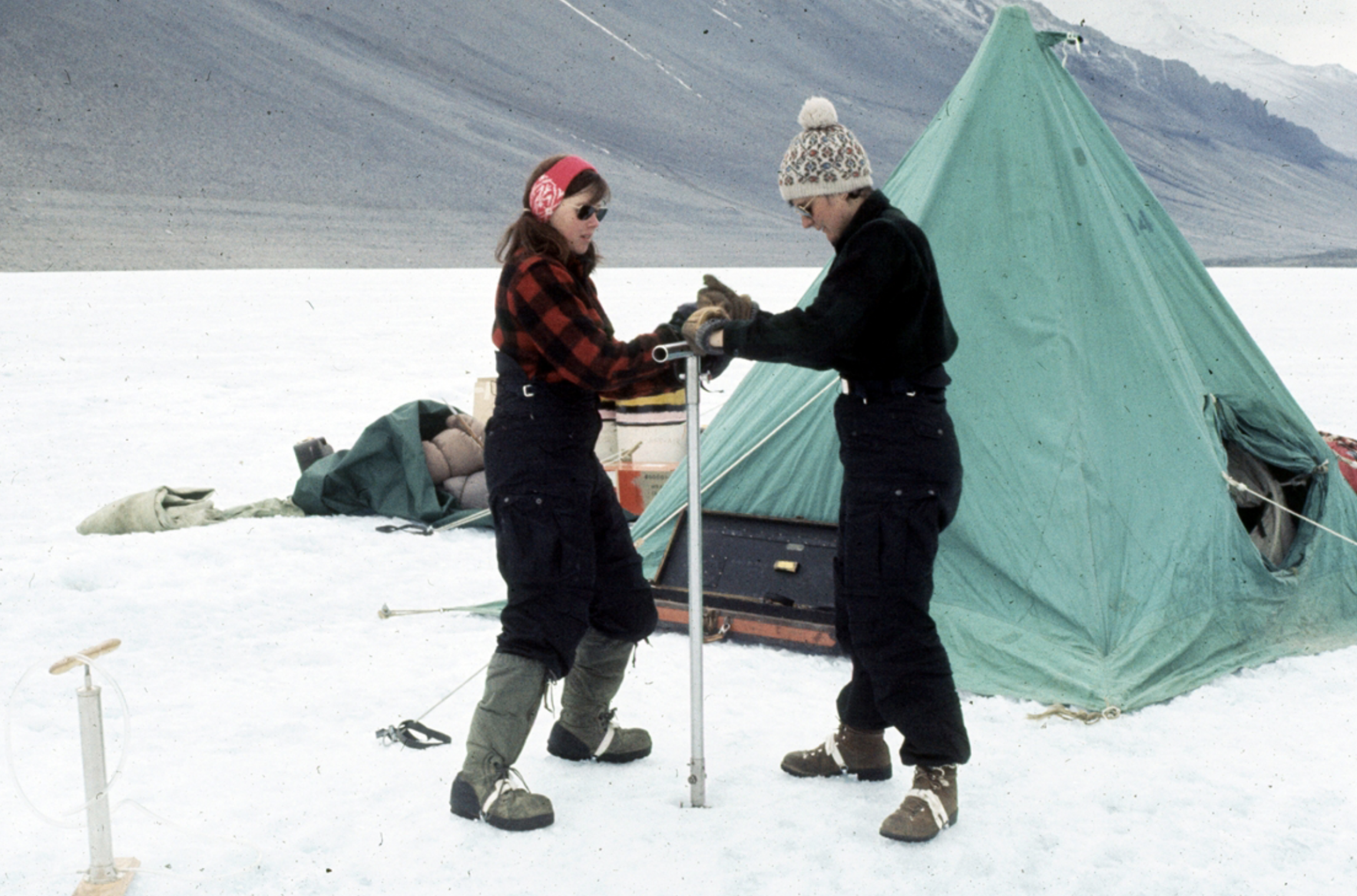 Terrell remembers collecting ice from the surface of Lake Vanda to melt and later use for cooking. Team members also used saws, rock hammers and chisels to chop meat and chicken rations provided by the Navy. 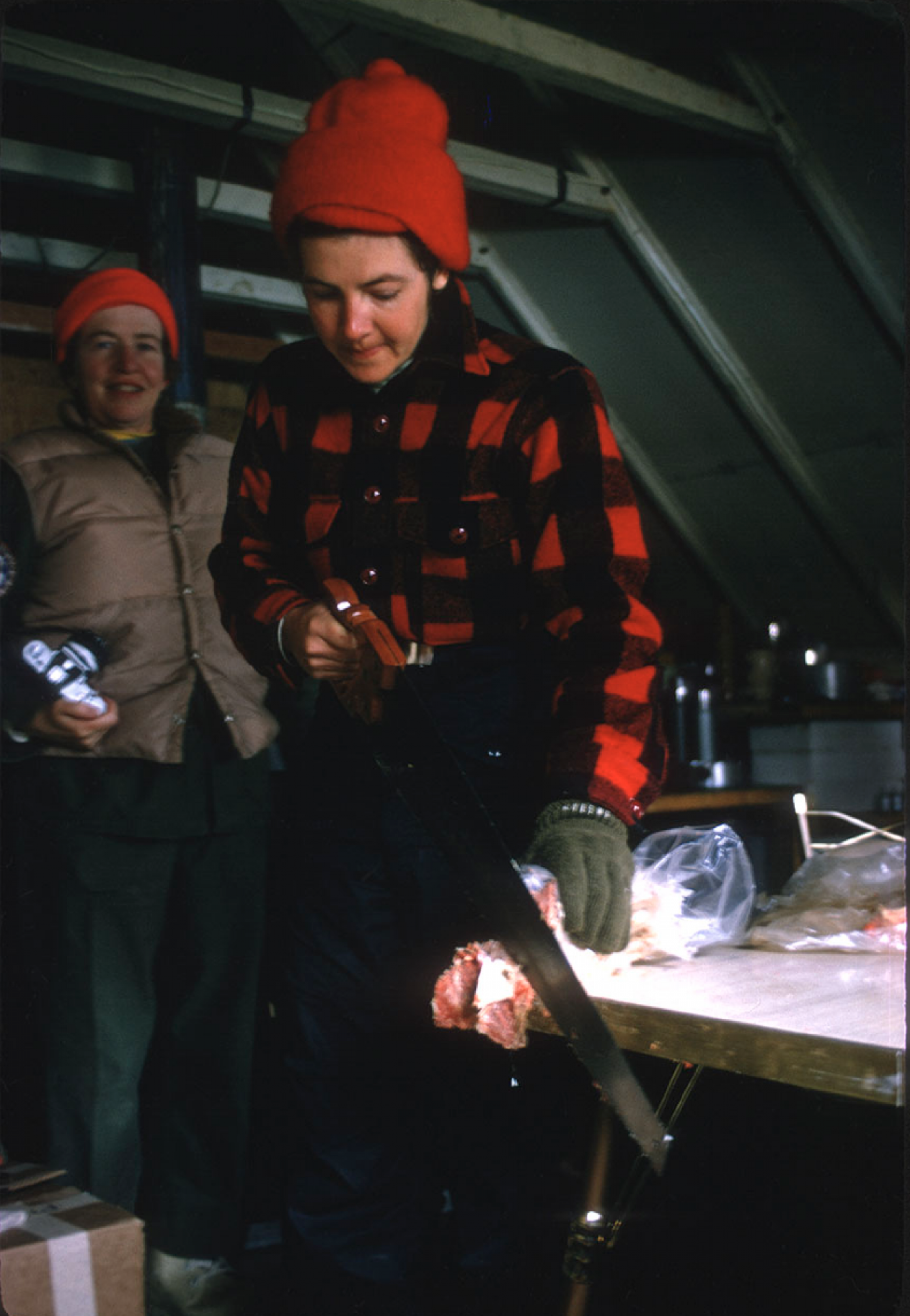 Later, the Navy took a group of women to a place they’d never been before — the South Pole. An LC-130 aircraft equipped with skis flew six women to Antarctica on Nov. 12, 1969, including the four members of Jones’ team, plus Pamela Young, a biologist with the New Zealand Antarctic program, and Jean Pearson, a science writer for the Detroit Free Press. 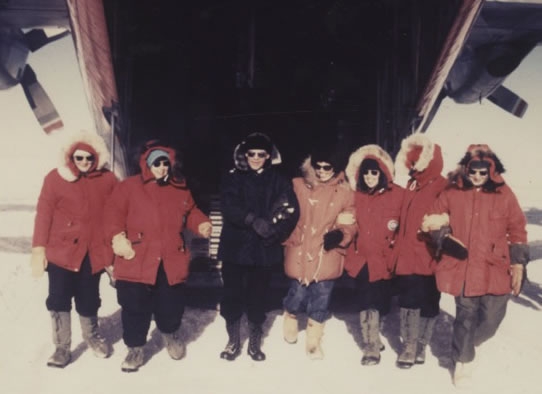 All six women linked arms and stepped off the airplane's cargo ramp onto the ice together, so they would all be the first women at the South Pole. Credit: Courtesy of US Navy 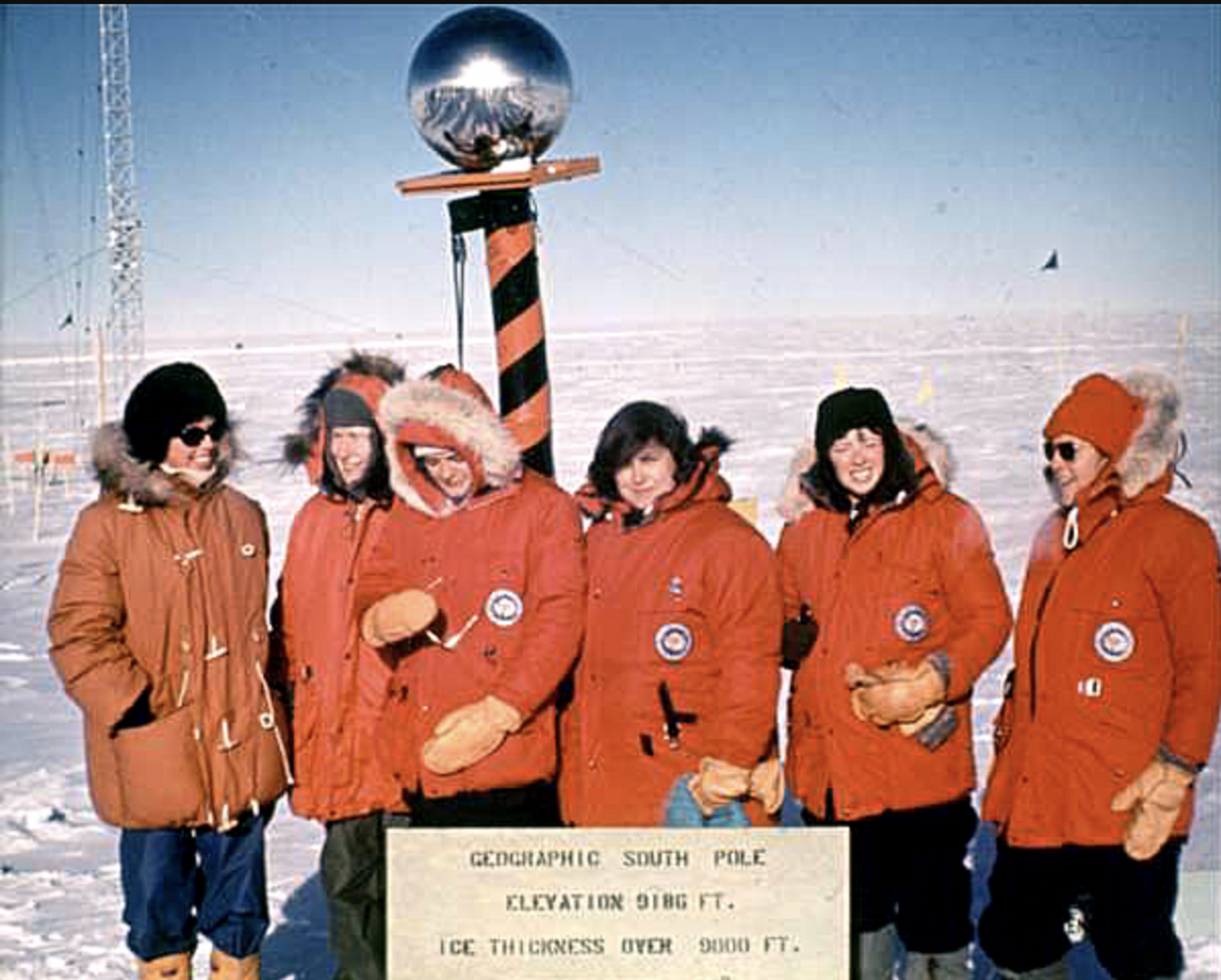 Terrell remembers the Antarctica research trip clearly. It was also a decisive trip in her professional career.

“One of the things that I remember is that I immediately realized that what I wanted to do for the rest of my life was research,” Terrell said.

She went on to work for the US Fish and Wildlife Service as a researcher in aquatic ecology and for the National Park Service, setting up a science program for the Rocky Mountain National Park. She has been retired for 24 years.

This article was written by Lydia Emmanouilidou from PRI's The World and was legally licensed through the NewsCred publisher network. Please direct all licensing questions to [email protected]

Share Meet the First Female Researchers to Work in Antarctica